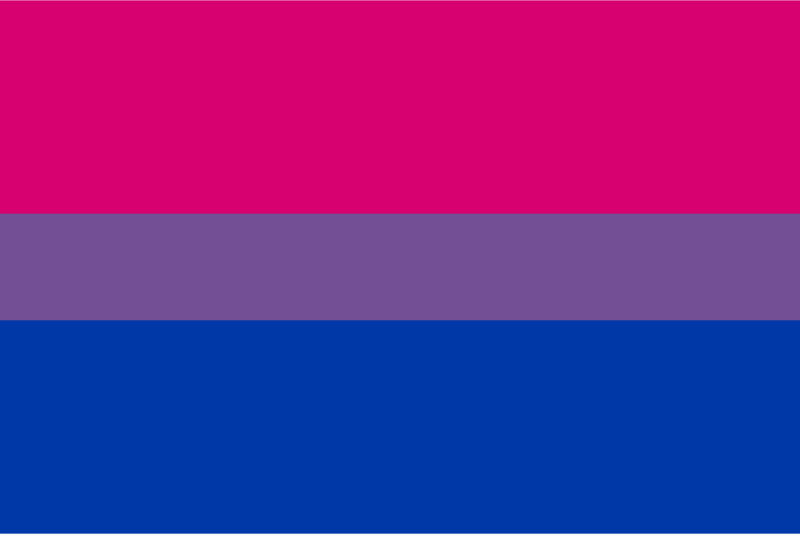 Bisexual is a term I first associated with my sexuality back in 2015 which up until that point had never had an actual label attached to it. Sure I had always been attracted to the opposite sex, having not only my first crush but also my first love and first relationship with a girl, but for me it was less about a label and more just that’s who I liked and so if that was straight then so be it.

Eventually, I started to act on things as I wrote in this post and came to the realisation that I was bisexual.

It was a freeing moment to know myself and who I was finally, that some past events made sense and that it meant I could embrace it in myself

Coming out was not something I initially thought about, I was just happy to explore how bisexual fit around me, what it meant for me and how I could make the most out of it.
I, of course, had some fun as mentioned in my linked post above, I had new cravings for sex and I had a whole new world of potential dating amongst other things therefore I was focused on those things at first more than coming out.

Once I had become comfortable with who I was as bisexual I began to question coming out and how would people react.

Would coming out raise more questions than I’d like, would most people be accepting of me and how that works going forward in relationships with others?

I didn’t want to be asked how I got to being bisexual, sure it makes a great topic for my blog and such but it’s not something I wanted to spend time explaining to friends or family. I’d have been happy to say “I’m bisexual, this is me and this is who I like” and leave it that for the most part.

Heck even for my blog it’s hard enough to explain everything as there are so many little things that I can’t mention all of them in my post so trying to have the answers to questions being asked would be hard.

There was also the fact that I didn’t know when to come out, there was never a conversation or situation where I could mention something without it feeling unnatural or forced assuming I was comfortable in saying something in the first place.

It’s now 2022, 7 years since I labelled myself as bisexual and for the most part, I’m finally OUT to anyone important in my life and for the first time, I feel free in being myself.

Free in knowing that others are aware of my sexuality and are very much accepted in some cases and in others, it’s a case of them knowing but not making anything of it in a good way.

I started outing myself online many years ago, it was the fact that a lot of people I followed on social media away from IRL friends/family were strangers who didn’t know me that made it easier to be out there. Also in the last 4+ years, I moved to an NSFW Twitter and started this blog which has meant I’m now following a lot of different people with various sexual orientations and such which makes them very much accepting of who I am especially the ones I interact with more.

IRL or related, and within the last 3 years I started to embrace my bisexuality in subtle ways like wearing masks with pride flags and dying my hair purple, I also added pride flags to my Instagram and eventually updated my bio to include bisexuality in it.

I had my Instagram bio updated for a little while before my sister eventually saw it, and seeing her briefly one day she mentioned it. She asked why I hadn’t said anything and that she was very much accepting of it and who I was stating that I could be an alien and she’d still not have an issue.

I’m very close to my sister in a lot of ways so it was finally great to know they she knew and how she was accepting it.

Even fairly recently I’ve mentioned in passing to a work colleague about being bisexual as they were talking about something related and I without thinking just said I liked the opposite sex too or words to that effect and they knew I was bisexual at that point.

Since my teens, I’ve grown up to just be me, like the things I like and do the things I do which have continued even as a bisexual. There are lots of things people might associate with bisexuals and while that might be true in some cases for me I don’t even think about it.

I have my own clothing style I like, Favourite genres of music…etc and that’s who I am, but we are all different at the end of the day, and if you fall into being a typical bisexual or anything else for that matter then YAY I’m so happy you do, I may not but that’s OK and doesn’t take anything away from who I am or from who you are.